I help people with injuries, get back to training, playing and to daily life, in the quickest time possible by using the Bowen technique which provides significantly quicker recovery to optimum health.

What is Bowen Technique?

Bowen Technique is a Soft tissue technique where rolling moves are made over precise points of the body to realign the musculoskeletal system, providing pain relief, increase in flexibility, movement and posture.

Who can it help?

Do you feel out of sorts? You still have a niggling injury? Do you feel a bit misaligned? Or are your muscles or joints limited in a range of movement in an activity or exercise? Perhaps you have felt scared to see a practitioner that uses needles, or that clicks bones/joints back into a place?

We all want to be free from pain, let me easefully free up tension, reduce inflammation and pain in a relaxing restorative way. In Bowen we work over fascia, which envelops muscles, cells, ligaments, joints and nerves. The results are a release in fascia tension so you feel straighter, have a better posture, feel more yourself, it provides relief to pain and an increase to your range of movement.

In as little as 4 sessions or typically less, people find improvements.

Bodies are so clever and many of us don’t really understand how they work or how connected they are, did you know your knees and shoulders are connected through fascia so often if you have right shoulder pain, your left knee could also be causing you pain,

Some manipulation therapies require forcing bones back to alignment but often this is stressful and doesn’t hold, or encourages continual appointments, because bowen technique is so relaxing and gentle, it encourages the bodies own self-healing mechanism, so your body does the work and the results are that the adjustments hold for longer and more effectively as the body is so relaxed. When we sleep at night our bodies have a chance to heal and repair, this is the same with Bowen.

I love taking care of you for the following symptoms that might be getting you down: 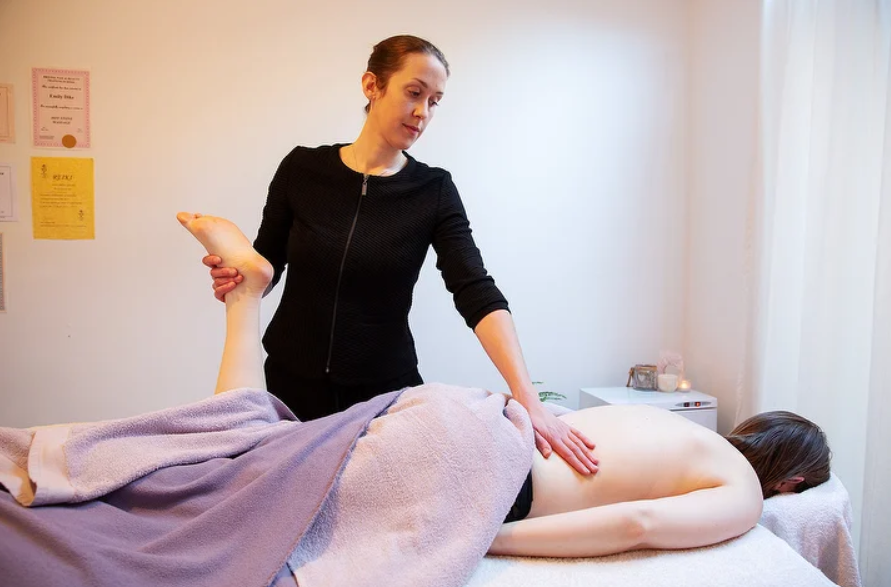 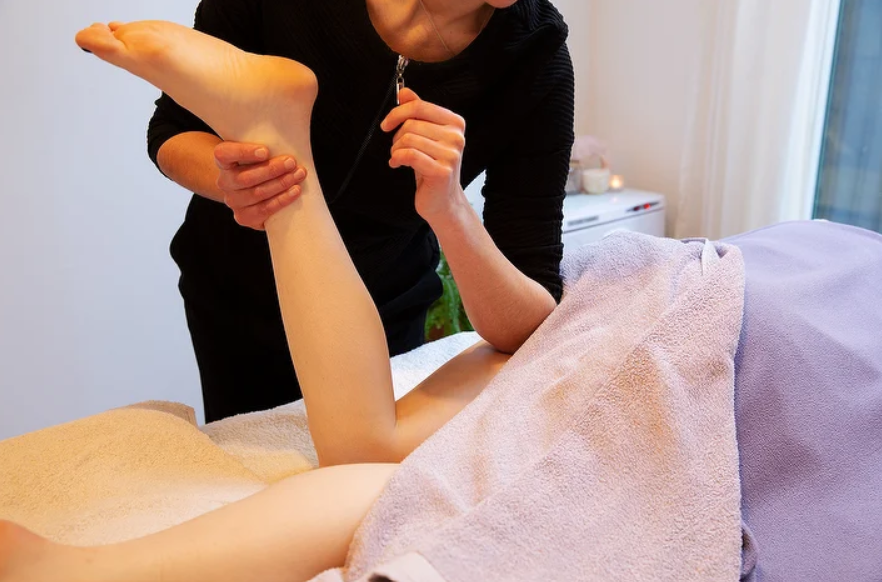 Some of the many benefits of having a relaxing Bowen Technique treatment:

Pain relief, you really dont have to get ‘used’ to living with pain.

Increased range of movement to your muscles and joints, so you can do more in your work/hobbies/everyday life.

Stress reduction, yes its so important to allow our precious bodies to relax.

Posture improvement, most clients say they feel straighter after the treatment, as we are freeing up restrictions to fascia which wraps around muscles.

Increase in flexibility, when you are in alignment, you will be feel freer to move further.

Sleep improvement, as the body is in a balance.

Bowen is so wonderful at calming the ANS, this is the part of the nervous system that also controls sleep, digestive, sexual response, taking you out of the overdrive of fight or flight from too much adrenaline and too much caffeine, let’s unwind you gently so you can flourish in your everyday life.

I will provide a relaxing treatment, restoring your body, freeing up pain and restrictions so you can get on with your life, pain free and with more understanding of how to take care of yourself.

We will begin by seeing where you are at with your current condition, how its impacting your life and how you are taking care.

The first session might involve a few questions,  posture assessment and muscle testing techniques, so I can  gather information and create a treatment plan that is effective.

You will get to relax in my lovely warm eco-friendly treatment room.

See improvements to pain relief and muscle mobility usually within the first session.

I will provide other self care tips to prevent further re-injury.

For more chronic pain & injuries, specifically frozen shoulder, 8 realignment treatments are recommended, this might be 1-3 weeks apart depending on the individual.

Jujitsu student had ‘crunched’ her neck doing a backwards roll, which led to serious limited neck movements and a lot pain and discomfort in moving.

She came to see me right after the injury for an emergency appointment, she didnt realise that Bowen is safe enough to treat right after an injury, she felt relaxed, the shock was taken out of her body and the body could begin to repair. Her neck movement returned shortly after the treatment and then had a follow up session a week later and was able to get back to training the following week.

“I badly injured my neck during jujitsu training and had to immediately stop. I was shaky and in shock.

I called Emily as she had completely cured my RSI with 2 sessions of Bowen previously and so I wanted to see how quick she could see me now for this. She was pleased I called so quickly because Bowen can be used immediately on injuries as it’s non invasive and can really help the healing process right from the start. Treating acute injuries is another area she’s specialised in and she wished more people contacted her when they had just injured themselves, rather then days or weeks later.

I used to be physiotherapist for 10 years and I never touched a patient who had literally just injured themselves (especially on the neck!) and would recommend rest and ice or heat etc for the initial period. It was such a relief to find there was something I could actually do immediately to specifically help my injury directly.

Within the hour I was on the treatment bed in the incredibly relaxing environment and in the safe hands of Emily. I was made comfortable as my neck had seized and my muscles in spasm. I felt my body immediately able to relax at a time of such pain and shock.

Emily carried out the treatment and I have no idea what she does or how Bowen works but after the treatment the shock in my body and mind had gone – I was no longer shaking! I felt more aligned, calmer and the pain had certainly decreased. I knew with this type of injury I wasn’t going to be pain free and have full range of movement for a while, but I knew I had significantly helped the healing process already and as Bowen continues to work over several days, and with Emily’s post treatment advice too, I was so confident that a more rapid healing would continue and that I was taking the best care.

I went back to see Emily about week later a lot better for the severity of the injury and very pleased with the progress, I was quite amazed actually as with the loud crunch of my neck I thought it would be weeks,  maybe even months, before I was back to normal again. So not surprisingly, I still had some decreased range of movement, pain at the end of range and most annoyingly, I still kept waking several times at night with discomfort.

Immediately after the session, I literally couldn’t believe it; I had complete range of movement and no pain at the end of range at all – such immediate results! Not only that, but that night I slept like a baby, and have done every night since! Very happy 🙂

In all my time as a physio I have never seen or experienced such dramatic results for such an acute and significant injury. Neither for my clients or that of any of my colleagues. A few days later and I’m back to training again.

I have no understanding of how Emily does it but she is just completely brilliant and magic as far as I’m concerned. I simply can’t recommend her enough:

If you have any injuries or pain at all anywhere, do yourself a massive favour and just get to her as quick as you can!!”

24 year old student was presenting with back pain, after a fall to the coccyx, that had been untreated. Every few months her back would feel out of place and that would mean missing work, she was also suffering with migraines. She previously had found the chiropractor too aggressive for her preference and it created a bad pain in her neck.

She began with a hot stone massage and she couldn’t believe how much this alone eased her symptoms, she then went on to have 4 sessions of bowen which completely resolved her migraines, back and neck pain and meant she was no longer taking days off work as her back wasn’t coming out of place. She now comes as and when for a top up either in bowen or hot stone massage.

27 year old sports lover had a ski injury with cartilage damage to the sternum, she experienced a lot of pain in her shoulders, arms, ribs and back when breathing and moving, she was unable to lift objects at work, the pain was seriously impacting her everyday life.

After only 3 bowen sessions all symptoms had resolved, except minor pain when breathing due to cartilage damage to the sternum, which will take a little longer to heal. She told me she had another skiing trip booked after the first session and I said lets take it easy as you might not be able to ski and then she successfully managed to ski! Also enjoy her holiday as she quickly sought help for her injury. She is now way more relaxed and had the trauma/stress from the injury removed from her body.

Call me today for a free 15 minute phone consultation. Take a massive step towards full recovery

Book a free phone consultation
I use cookies to ensure that we give you the best experience on our website. If you continue to use this site I will assume that you are happy with it.Ok